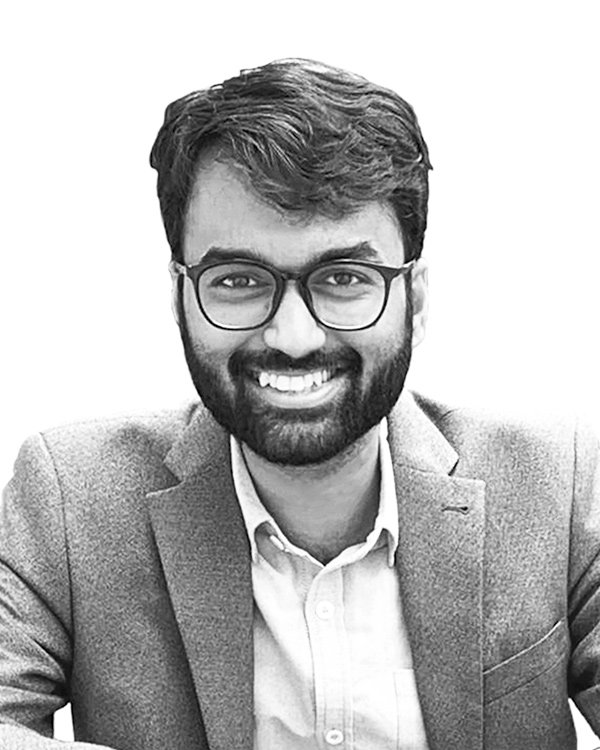 Arafat is a founding member of Engage Pakistan and Puffball Studios. Arafat leads the Hashiya project in Pakistan.

Arafat has created multiple educational online platforms other than Hashiya including Shehri Pakistan, which seeks to create an indigenous human right’s narrative in Pakistan through local design. In 2018 he published his seminal report “The Untold Truth of Pakistan’s Blasphemy Laws”, which was recognized for its rigor and presented at various prestigious academic institutions. He is currently working on a documentary on the history of Pakistan’s blasphemy laws, scheduled for release by mid 2021.

In 2019, Arafat launched the animation studio, Puffball, where he gets to practice his other two loves: music and storytelling. Puffball Studio’s debut film was the highly acclaimed Pakistani dystopian short, Shehr-e-Tabassum. The film takes inspiration from lessons learned on censorship while researching Pakistan’s notorious blasphemy laws to tell a poignant story about fear and freedom in Pakistan today. Puffball’s second animated film, Swipe, is a more direct confrontation of Pakistan’s blasphemy laws, extrajudicial violence, and decreasing space for difference and expression. It received the CINANIMA Best Short Film Award in 2022, and has gained international repute